The Tender Hand of the Unseen 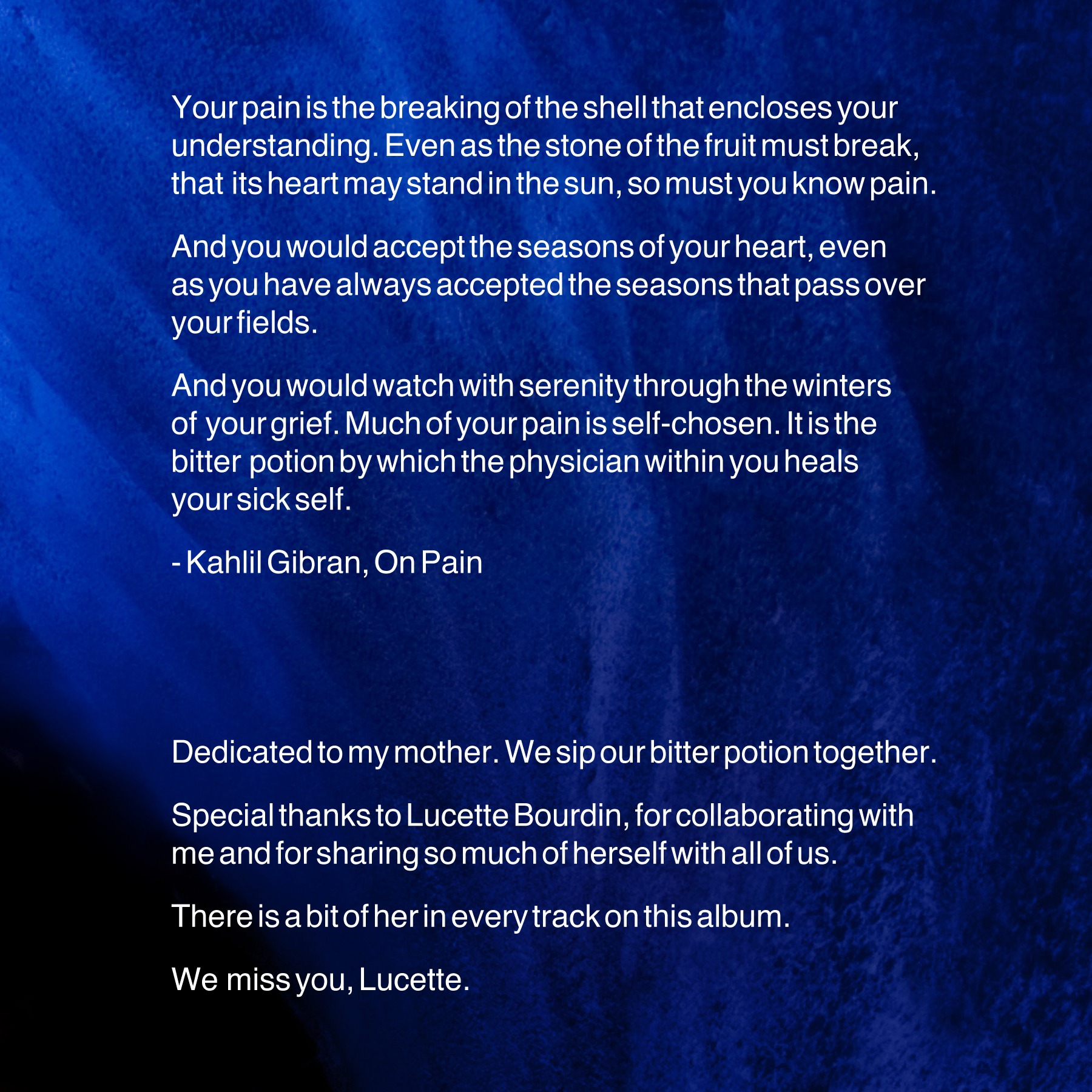 The Tender Hand of the Unseen

Palancar, the man behind the Earth Mantra Netlabel, founder of ambient internet radio station stillstream.com, ambient composer and multi-instrumental musician and father of four is and has been a huge inspiration for us here at Buddhist on Fire.

Buddhist on Fire is very proud to release this album.

These are not the final intended mixes of this album. They are
rough intermediate mixes that I made during the composition process. I would
say they are fairly close to what a final polished version of this album
would sound like, but unfortunately the source files and uncompressed
masters of these tracks were all lost in a hard drive failure. So this is as
finished as this album is going to ever get.

The theme of the album is the redemptive and instructive value of pain, as explained in Kahlil Gibran's poem "The Prophet":

On Pain
by Kahlil Gibran

Your pain is the breaking of the shell that encloses yourunderstanding.
Even as the stone of the fruit must break, that its heart may stand in the sun, so must you know pain.
And could you keep your heart in wonder at the daily miracles of your life, your pain would not seem less wondrous than your joy;
And you would accept the seasons of your heart, even as you have always accepted the seasons that pass over your fields.
And you would watch with serenity through the winters of your grief.

Much of your pain is self-chosen.
It is the bitter potion by which the physician within you heals your sick self.
Therefore trust the physician, and drink his remedy in silence and tranquillity:
For his hand, though heavy and hard, is guided by the tender hand of the Unseen,
And the cup he brings, though it burn your lips, has been fashioned of the clay which the Potter has moistened with His own sacred tears.

Dedicated to my mother. We sip our bitter potion together.

Special thanks to Lucette Bourdin, for collaborating with me and for sharing so much of herself with all of us. There is a bit of her in every track on this album. We miss you, Lucette.
--Palancar